With robot 3116 almost complete and ready for some final testing, the question for 3116A is revolution or evolution? A good lift mechanism and powerful drive mean nothing as the pick-up is still at the design stage and so far no sacks have been lifted! With 3116 progressing quickly, will 3116A be able to keep up with the pace and match them in this robotics arms race? 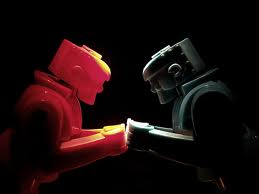