Congratulations to Team 3116C who have qualified for the World Championships in Anaheim on the 17th April! The team worked tirelessly and deserve all the success they have had in the last 6 months. They have taken on older students and much more established teams and still come away successful.

Well done to 3116A who were knocked out at the semi-final stage against 3116C, someone had to miss out unfortunately. The biggest commiserations to 3116 and 3116A who had to wait an hour for the final instalment of their semi-final having missed out in the 2nd round by just two points!

To then wait so long whilst your opponent rebuilt their robot and have the patience to do so deserves an award all by itself. I hope they thanked you for waiting so long and maybe next year we will get some of their luck.

Well done Virus for being so gracious in victory and good luck at the Worlds, lets show them what UK engineering is all about! 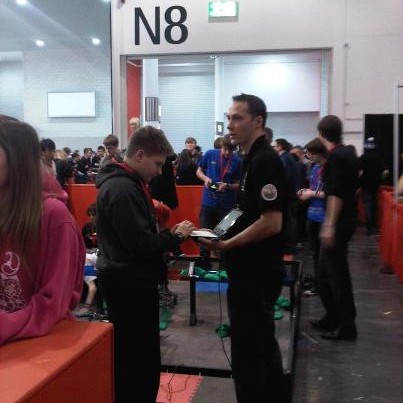