On Saturday 30th November, The John Warner School robotics team took part in their first Lego league robotics tournament at the Imperial War Museum, Duxford. Supported by Kate Bellingham and Jenny and Dave Smith from MBD.A, two teams set forth to try and conquer the best that the East of England had to offer.

The teams had spent six weeks working on a project which required them to not only design a fully automated Lego robot but also to consider a solution to a natural disaster that had occurred. The game itself was based around a tsunami which had created havoc and the robot had to clean up and rescue as many people as possible whilst making the arena “safe”.

Having undergone three gruelling interviews and presentations where the teams got to demonstrate their cohesion, presentation skills, research skills and organisation, they then had to complete three 2 1/2 minute matches in the arena.

The boys team did exceptionally well considering that they were programming as the day progressed and the girls team managed to complete several of the tasks even though their robot seemed to have a mind of its own!

At the end of the tournament, several awards were given in addition to every participant receiving a medal. The girls were over joyed to receive the “Rising Stars” trophy for the most promising newcomers amongst a very competitive field of experienced and first time participants. 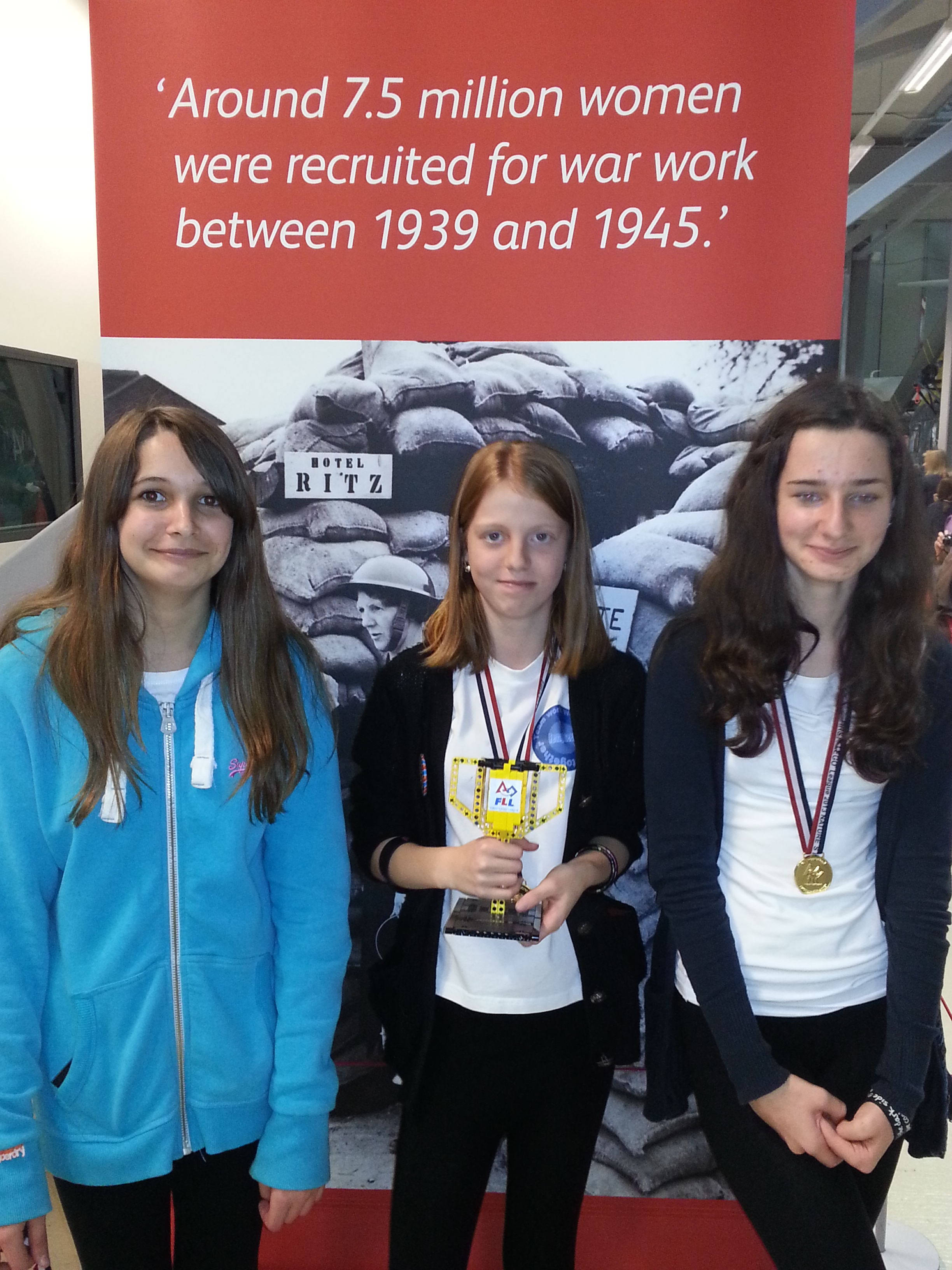 The girls receiving their “rising stars” award at the competition which was held at the Imperial War Museum, Duxford. Left to right, Abbie Browne, Atlanta Dolman and Dolsie Pyman.