How has Science influenced our design?

The science department was given one of the robot kits in order to participate in an inter-house robotics event. Mr Briscoe was in charge of the kit and took it home to create his masterpiece. After getting used to the components and the operation of the robot, a few students from Rawdon house attended some lunchtime sessions to change the design. 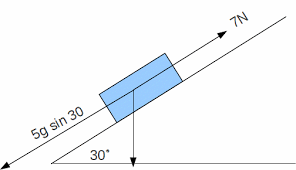 The task seemed simple, use the robot to move different shaped foam balls into the target areas. The reality of the task, however, was that it required some underlying knowledge of science. The students wished to create a lever system to lift the balls up; however the concept of moments had to be considered so that the robot did not tip up. Also forces on the axles needed to be considered; too much weight attached would mean the robot would not be able to complete its task.

New designs for the whole robot were discussed as the group became more competent with the equipment being used and small modifications were made to the structure of the robot. Each change was analysed and the underlying physical concepts were discussed. The robot cross-curricular link has enabled students to see that physics in particular can be applied to a number of different scenarios and has an important part to play in some of the operational factors for the robot.